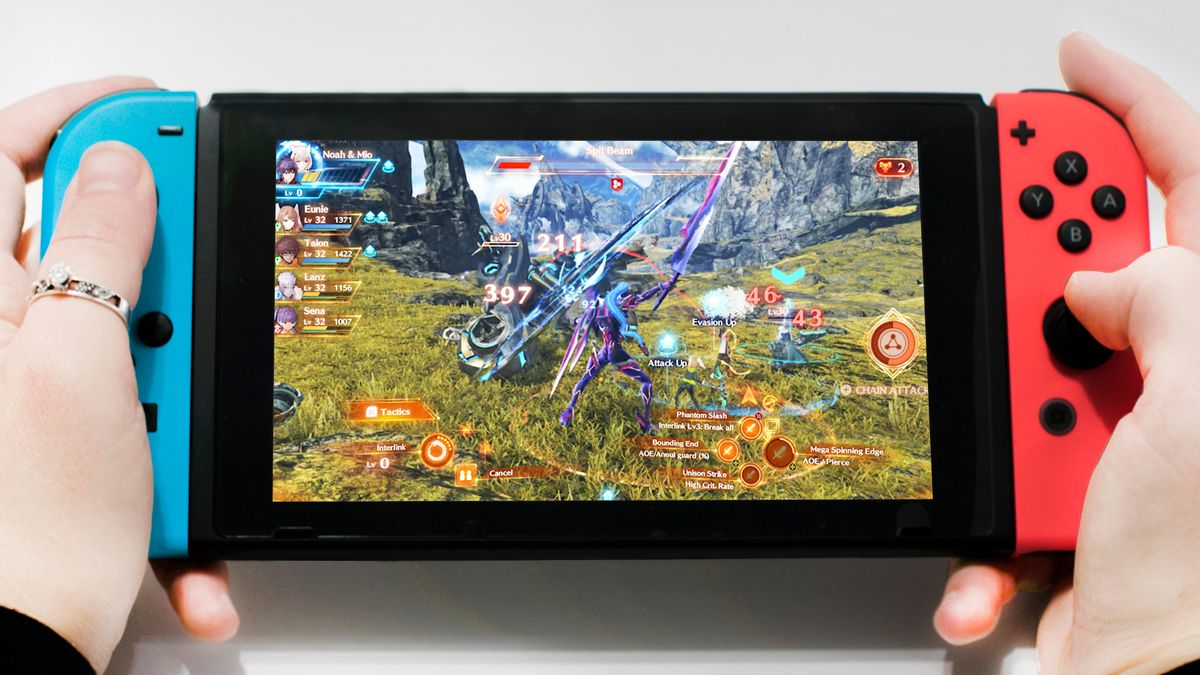 If you want to play the best JRPGs on Nintendo Switch, you’ll be spoiled for choice. As a haven for ports, remasters, and ambitious titles that wouldn’t work anywhere else, the Nintendo Switch has amassed an impressive library of Japanese role-playing games (JRPGs) over the past few years. Plus: Since you can take the Switch with you on the go, you can tackle some of the genre’s tedious leveling while you travel.

To give fair warning, many of these titles started life on older platforms, from the PS1 to the Nintendo DS. But even the most discerning JRPG fan probably hasn’t played every game on this list. If you find you’ve played most of these titles before, check out the RPG section on the Nintendo eShop (opens in a new tab), where Nintendo lists over 1,000 titles. We can’t promise everyone is good, but you’ll almost certainly find something that piques your interest.

The .hack series was a cult classic on PS2, and .hack // GU Last Recode is an even better way to experience this creative series. This remastered collection brings together .hack//GU Vol.1//Rebirth, Vol.2//Reminisce, and Vol.3//Redemption. It also adds a new short episode: Vol.4//Reconnection, which wraps up some of the trilogy’s lingering story threads. In this sci-fi series, you will take control of Haseo: a player in a futuristic online game called The World.

When malicious data in the system threatens the real world, it’s up to Haseo and a group of other players – both friendly and antagonistic – to put things right. .hack//GU Last Recode is quite different from a typical high fantasy JRPG, and that alone is worth a look.

For some unfathomable reason, Chrono Trigger never made its way to the Nintendo Switch. However, the game’s equally compelling sequel, Chrono Cross, got a great Switch remaster in Chrono Cross: The Radical Dreamers Edition. You play as Serge: an ordinary teenager who discovers the ability to cross parallel dimensions. Chrono Cross pulls off just about everything, from its compelling story, to its gorgeous environments, to its genre-defining soundtrack. Not only is it a satisfying adventure, it’s also worth replaying, thanks to a wide cast of recruitable party members, each with a unique role to play in the game’s challenging combat system.

The Switch got Dragon Quest XI S: Echoes of an Elusive Age a bit later than the PS4 and Xbox One. The delay was worth it, as the game includes a substantial new feature: an optional mode that lets you play the entire game in 2D, just like classic Dragon Quest titles. Whether you’re playing in 2D or 3D, you’ll always build a customizable hero, recruit a lovable band of misfits, and blast your way through a high-fantasy story with lots of twists and turns. It doesn’t exactly forge new ground in the JRPG genre, but it’s one of the most polished executions of the concept you’ll find.

You can get a ton of classic Final Fantasy games on the Switch, and it was hard to pick just one. However, with Final Fantasy VII Remake Intergrade available on PS5 and PC, and Final Fantasy VII Rebirth on the way, now is the perfect time to replay Final Fantasy VII – or to play it for the first time. For newcomers, FF7 tells the story of mercenary Cloud Strife, who joins a group of eco-terrorists as they take on an evil energy corporation called Shinra. As Cloud travels from the cyberpunk city of Midgar to the vast world beyond, an old enemy called Sephiroth opposes him at every turn. Come for the interesting turn-based battle system; stay for the memorable characters.

While Fire Emblem: Three Houses is arguably more of a strategy/RPG, it still has everything JRPG fans love about the genre. Do you want attractive anime heroes in a melodramatic fantasy story? Do you want a deep and technical combat system with a diverse cast of party members? Do you want a romantic husband/waifu with a tragic backstory to go through? Fire Emblem: Three Houses has all of that, and more. The game introduces you to Byleth Eisner: a tactician who pledges allegiance to one of (you guessed it) three Great Houses in the midst of a major war. Just know that if a party member dies in battle, they’re gone for good.

Octopath Traveler is a nice combination of modern and old-school JRPG design. Except for a few fancy background effects, the game looks like something out of the SNES era, with 16-bit style character sprites and gorgeous pixel-art enemies. Structurally, however, the game adopts a non-linear, player-driven design that prioritizes character development over a complex plot. As the title suggests, you take control of eight different characters, each pursuing their own story through four increasingly complex chapters. From the brave warrior Olberic, to the optimistic merchant Tressa, to the intelligent scholar Cyrus, each character has something unique to offer, especially in the highly technical turn-based battles.

If you love the Persona series, it’s worth taking a look at Shin Megami Tensei: the long-running JRPG series of which Persona is a spin-off. Like Persona, most SMT games focus on ordinary high school kids in Japan and pit them against an army of mythological demons. Unlike Persona, however, the mainline SMT games are more about intoxicating storylines and demanding combat than social interaction and character arcs. Shin Megami Tensei V is exclusive to the Nintendo Switch and features a deep story, a robust combat system, and plenty of interesting environments to explore. Although Shin Megami Tensei V is a dark and challenging game, it’s also hard to put down once you get the hang of it.

I once argued that the Switch was designed for games like Tales of Vesperia: Definitive Edition, and I’ll stick to that. The Switch is more than powerful enough to run the game, which is an enhanced port of an Xbox 360 title. The ability to take Tales of Vesperia with you means you can take care of some tedious levels when you have nothing better to do. You play as Yuri: a former knight in a fantasy realm, who finds himself unwittingly drawn into a quest to save the world from a charismatic, misguided villain. The fast-paced, real-time combat sets Tales of Vesperia apart from many other JRPGs.

Valkyria Chronicles is not a pure JRPG, drawing inspiration from both turn-based strategy games and strategy RPGs. However, the story, characters, and overall aesthetic are about as familiar as they come. The game is essentially a World War II narrative, but with a fantastic veneer. Young soldier Welkin Gunther and his team of freedom fighters fight against the despotic Maximilian and his invading imperial army. The mix of real-time action and turn-based tactics will test both your reflexes and your strategic skills, while the heartfelt story will have you wondering what WWII would have been like with a little more mysticism. and magic. You can also play Valkyria Chronicles 4 on Switch, but not the two games in between.

The World Ends With You: Final Remix

I have long debated whether to put The World Ends with You: Final Remix or its sequel, Neo: The World Ends with You, on this list. However, The World Ends with You was a bit of a niche game when it released, so it’s entirely possible that you didn’t play the first one. This sleek, quirky RPG stars Neku Sakuraba: an antisocial high school student who discovers he’s died under mysterious circumstances. By participating in the sadistic Reaper Games, he could come back to life, but at a terrible cost. The World Ends with You features an intelligent and customizable real-time combat system, as well as a stunning character cast and soundtrack.