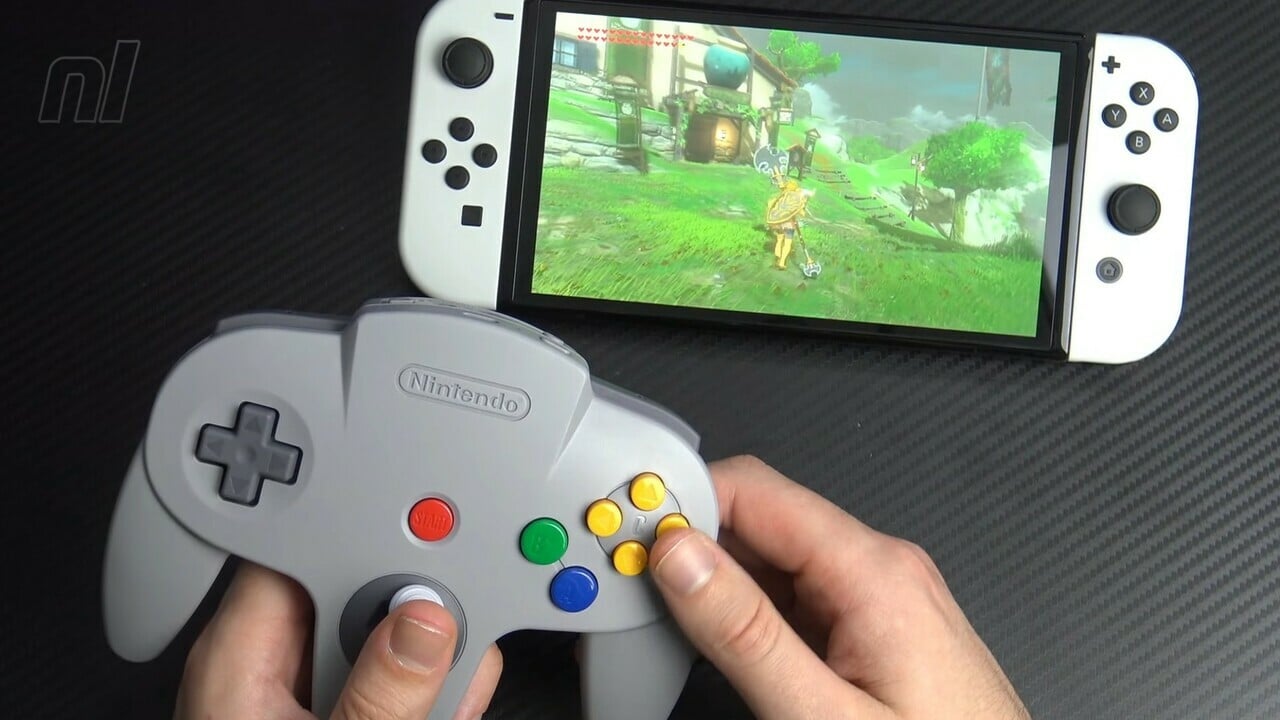 Video: Nintendo 64 controller works with any Switch game (sort of)

There has been a lot of rage and outrage around all of this Nintendo 64 stuff, including the fact that games don’t work well, N64 controllers don’t work with accessories, or connect to PC. Arguably now is probably not a good time to spend a ton of money on the Nintendo Switch Online Membership Expansion Pack!

Nevertheless, our adorable Jon Cartwright made a video about the N64 controller, or, as he calls it, “The Big Boy”. There are a few new things, and a few different things, like the fact that the Rumble Pak is now included in the case itself, and not as a separate, bulky attachment. RIP, Rumble Pak

Better yet, the controller has secret two analog sticks, the C buttons functioning as a second stick in any non-Nintendo 64 game. Jon tries out Breath of the Wild, Demon Turf, Final Fantasy VII, Super Smash Bros. Ultimate, Dark Souls and Mario Kart 8 Deluxe in the video to demonstrate what is possible!

There are of course a few issues – you can’t remap the buttons, and there’s no X or Y, which means you just can’t access certain things, like the sword in Breath of. the Wild or the menu in Final Fantasy VII. It’s still potentially doable, however, if you want to try playing BOTW with nothing but bombs. Or FF7 without healing. Or Dark Souls without Estus Flasks. It’s a fun challenge!

(As a bonus: there’s a little track from Jon ASMR right at the start of this video. Enjoy.)

Have you tried the N64 controller? Are you disappointed or just happy to finally own the best controller design in the world after decades? Let us know in the comments!