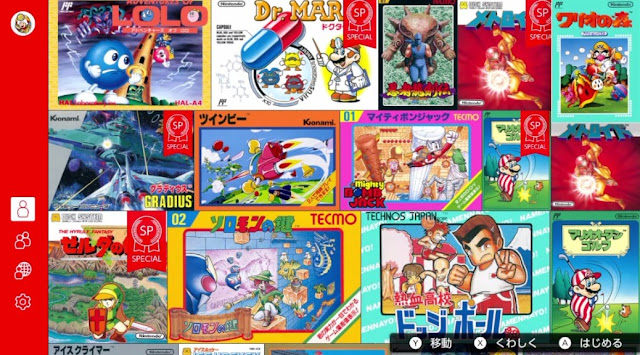 Nintendo Switch Online, which will soon have an expansion with games from the Nintendo 64 era and Mega Drive, has a private library of classic NES (Nintendo Entertainment System) and SNES games for its subscribers. While the service doesn’t have a zone lock, some addresses only debut halfway around the world for Japanese accounts – with the language fully localized to Japanese, of course, making it difficult for them to access. the rest of the global audience.

A reissue of the popular Demons saga was released in 1992 for the Super Nintendo, resulting in a post-apocalyptic Tokyo and a computer program capable of talking to demons. The game is a classic these days and has only appeared on Switch as well as in Japan.

The sequel to SMT 1 is also on Nintendo’s Japanese service. Released in 1994, the game is still similar to the first in its gameplay, and this time it takes place decades later in the millennial city of Tokyo. The gameplay features classic elements of current games, such as recruiting demons and the ability to combine them into more powerful fighters. History has a strong influence on a player’s decisions, altering the moral alignment of each choice throughout the journey.

This is the title that will launch the series we know today as Persona. As the name suggests, SMT If I imagined a scenario where the first events of Shin Megami would not have happened. Bringing in previously created items from the franchise, the story follows the Karukozaka school into the demon world, after an unsuccessful attempt to summon it.

The first entry in the Fire Emblem saga retained a Japanese exclusive for 30 years until it sold out in the English eShop between December 2020 and March 2021. Today the game remains free and exclusive to services Japanese Nintendo Switch Online. The first game in this incredible franchise follows Prince Mareth on his journey to regain the throne of his kingdom after exile. The game features many playable characters, each with their own unique gameplay, as well as 25 chapters of this fantastic classic.

Fire Emblem: The Secret of the Emblem (SNES)

The third game in the series, being the first to reach Super Nintendo, was released in 1994 and it features a remake of the first title, as well as a sequel to the story that follows Marth’s confrontation with his old friend, now in the established re-universe of Archanea.

Fire Emblem: A Genealogy of the Holy War (SNES)

The fourth title in the Fire Emblem franchise was released in 1996 with a new story, this time set on the continent of Jugdral, after two different generations: one with Prince Sigurd and the second with his son Seliph. The gameplay follows its predecessors with a few additions that improve the existing gameplay.

A quirky game that did not please Western audiences, mainly due to the lack of porting and release outside of Japan. It is part of the Nintendo Wars series, which still has a large number of fans in the land of the rising sun. Perhaps with the release of the Advance Wars 1 + 2 remake, which will arrive on Switch soon, the series will gain recognition outside of the East.